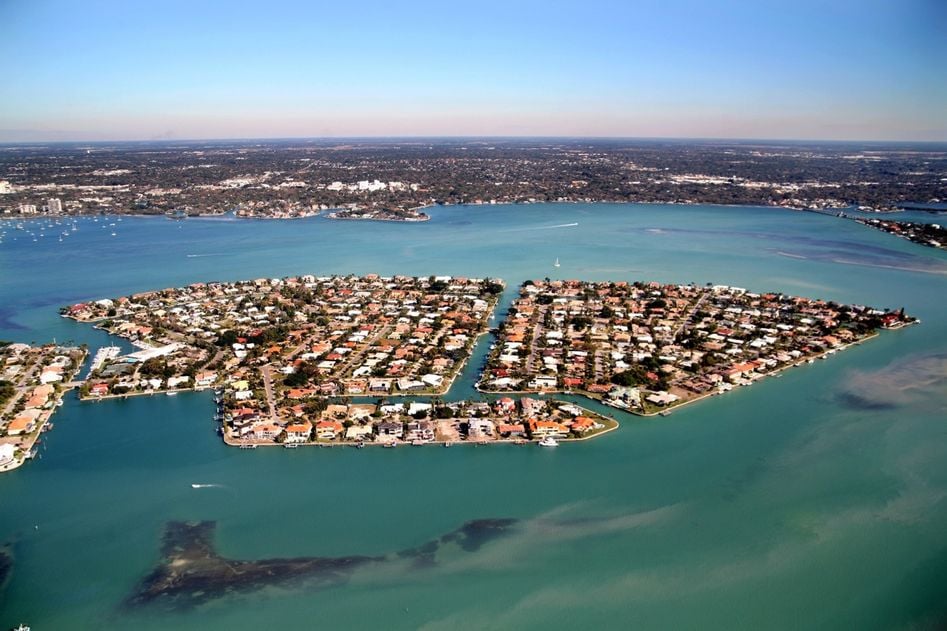 Bird Key is an island in Sarasota Bay, with 510 luxury single-family homes within a gated community – many with canal-frontage.  Bird Key is located south of the Ringling Causeway, between Downtown Sarasota and St. Armands Circle, within a five minute drive over the John Ringling Causeway Bridge to the city life of Downtown Sarasota to the east, and just a few minutes to the west to the world class shopping and restaurants of St. Armand’s Circle and the beaches of Lido Key.   Originally a small island connected to the Ringling Causeway by a tree lined causeway of its own, it was the home of John Ringling North, nephew of Circus Magnate, John Ringling. Created by dredge and fill in the late 1950s, it is approximately 250 acres (1.0 km2) of one of the most prestigious residential areas on Florida’s West Coast.

It was originally called Bird Key because of the large population of birds that flock to the original island.

Many of the original homes that were built during the 1950’s have been replaced with elegant estate homes. Security patrols during the day and the gate is guarded at night. The natural beauty of Bird Key, the sparkling bay views, the casual Florida lifestyle of a Bird Key home ranges from the $900,000’s to $4.5 million.

Bird Key lots are usually obtained by tearing down older outdated homes to make space for new estate homes. Bay front, canal front and interior lots are all popular on Bird Key. All Bird Key residents are invited to be a member of the Bird Key Yacht Club.

View our selection of available properties in the Bird Key area.